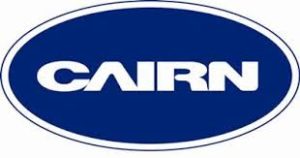 British oil explorer Cairn Energy expects an international arbitral tribunal to give a decree by the summer of 2020 on its challenge to the Indian government seeking 10,247 crore of Indian Rupee in retrospective taxes. In December 2018,  three-member tribunal completed main court hearings in the British company’s challenge to the Indian government using a retrospective legislation to seek 10,247 crore of Indian rupee in taxes, was supposed to give an award by February 2019, but in March 2019, it delayed it to 2019 end and then to the summer of 2020. For the information in Europe summer is from June to August.

“The arbitral tribunal has indicated that, whilst it has some unexpected difficulties created by the COVID-19 pandemic, it does not expect significant delays and hopes to remain reasonably within the lead-time it had anticipated,” Cairn Energy said in a statement. “All formal hearings and submissions have now been made and the tribunal is in the process of drafting its award. The tribunal has indicated that it expects to be in a position to issue the award in the summer of 2020,” The company is seeking full restitution for losses totalling more than 1.4 billion USD resulting from government expropriation of its investment.

Cairn Energy possess high level of confidence in the arbitration and is seeking full restitution for losses of more than 1.4 billion USD,” the statement said. The countries biggest oil discovery, received a notice from the income tax department in January 2014, requesting information related to the group reorganisation done in 2006. Predominantly, the department attached the Cairn Energy’s shareholding near 10 per cent in its erstwhile subsidiary, Cairn India.

The tax department sought 10,247 crore of Indian rupee in March 2015 in taxes on alleged capital gains   made   by  the company in the internal reorganisation. Cairn Energy had in 2010-11 sold Cairn India to Vedanta. Following the merger of Cairn India and Vedanta in April 2017, the UK firm’s shareholding in Cairn India was replaced by a shareholding of about 5 per cent in Vedanta issued together with preference shares. In addition they attached the share of Vedanta.