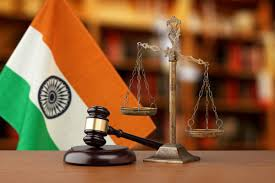 The Independence Day of India, which is celebrated gloriously throughout the Country on the 15th of August every year, holds tremendous ground in the list of national days, since it reminds every Indian about the dawn of a new beginning, the beginning of an era of deliverance from the clutches of British colonialism of more than 200 years. It was on 15th August 1947 that India was declared independent from British colonialism, and the reins of control were handed over to the leaders of the Country. India’s gaining of independence was a tryst with destiny, as the struggle for freedom was a long and tiresome one, witnessing the sacrifices of many freedom fighters, who laid down their lives on the line.

Every year, the entire nation celebrates this day with the full spirit of patriotism, But as we all know, the way in which it is being celebrated has changed a tad bit for the year 2020, on account of the Covid-19 pandemic, that has brought the entire world to a standstill, this year. The respected PM, during the Independence Day celebration held at the Red fort, reiterated his “mantra” of Atmanirbhar Bharat (self-reliant India) to face the economic challenges posed by the coronavirus pandemic & said that, “When we embark upon an extraordinary journey to achieve an extraordinary target, multiple and unusual challenges come in our way.”  President stated that “the judiciary has been conducting virtual court proceedings to deliver justice. Even though the judiciary is conducting the proceedings there are so many disputes which are delayed in beong provided with justice. The term “Delay in justice is deny in justice” is an apt term now a days in judiciary. Predominantly, an alternative and quick way to solve this,  is to direct the dispute into Alternative Dispute Resolution(ADR) which means Arbitration, Mediation, Conciliation, Negation etc.

It might be surprising to know that, India has always had the ADR system in its conflict resolution practices since ancient times, and history supports that it was especially in practice during the Monarchy of empires like the Mauryan dynasty, the Kushan dynasty, the Gupta Age, during the Mughal Invasion and rule, Marathas period, etc.

Coming to the Pre-Independence era, under the British rule, The British East India Company opened their first trading centre at Surat, Gujarat in 1612 and slowly started gaining control on the locals and authorities. And this was the turning point where the British formally entered the political arena of India and began to play a direct role in the administrative supremacy. The system of Alternate Dispute Redressal was found not only as a convenient procedure but was also seen as a politically safe and significant in the days of British Raj. Alternate Dispute Resolution picked up pace in the country during this time, with the coming of the East India Company. Modern arbitration law in India was created by the Bengal Regulations. After some other provisions from time to time, Indian Arbitration Act, 1899 was passed, based on the English Arbitration Act of 1889. It was the first substantive law on the subject of arbitration but its application was limited to the Presidency – towns of Calcutta, Bombay and Madras. Act, however suffered from many defects and was subjected to severe judicial criticisms. From this, we can say that the concept of Alternate Dispute Resolutions in India, originated legally, and picked up its pace in the country phenomenally, during the British Rule.

When India won freedom, many predicted that our experiment with democracy will not last long. They saw our ancient traditions and rich diversity as hurdles in democratization of our polity. But we have always nurtured them as our strengths that make the largest democracy in the world so vibrant. India has to continue playing its leading role for the betterment of humanity.

To sum up, it can be said that among the various positive and negative impacts of the British Rule, it was during the British rule that the system of dispute resolution was changed and a new formal, adversary system of dispute resolution originated. Arbitration was recognized as an Out Of Court method of dispute resolution and several provisions were enacted relating to that. The ADR system as is understood in the present scenario is the result of the shortcomings of that formal judicial system. Now, as we all know and see, the Alternative Disputes Resolution techniques are being used to avoid the costs, delays and cumbersome procedure of the formal courts.