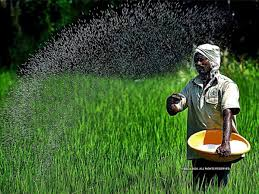 The Bombay high court upheld the arbitral award allowing monetary claims of agriculture business tycoon Mahyco Monsanto Biotech Ltd Versus Nuziveedu Seeds Ltd, comprising Justice CCI and the Arbitral tribunal are not the same and are very distinct in nature. The arbitral award passed in January 2019 was challenged by Nuziveedu and its associate primarily on the ground that the tribunal could not have adjudicated the matter when the Competition Commission of India (CCI) concerning the use of Bt cotton Seeds.

The petitioner stated that for the refund of the excess trait value that was paid from 2010 to 2014. The government of India filed a reference before the Competition Commission of India for investigation and taking appropriate action against the respondent for defying the provision of Competition Act. The Respondent invoked the Arbitration Agreement for settling the issue by way of Arbitration and nominated a former Judge of the Supreme Court as it’s the nominal arbitrator. A former Judge of the Supreme Court was appointed as the presiding arbitrator. The Petitioner filed an application under Section- 16 of the Arbitration Act praying for the dismissal of the claims made by the Respondent. The Arbitral Tribunal dismissed the application filed by the Petitioner.

It was observed by the Court the Arbitral Tribunal only allowed the monetary claims made by the Respondent. It was stated that” the tribunal rightly held that the adjudication by the tribunal shall be in the nature of the right and liability of the parties to the agreement and would relate to right in personam and not right in rem. In the proceedings before the CCI, whatever may be the outcome, the respondent would not be able to get any effective relief or decree or award directing the petitioner herein to pay the particular amount to the respondent. It was rightly held by the Arbitral Tribunal that the respondent had certain rights under the 2015 SLA and thus it must also have a remedy for enforcement of such rights.” It was held that the since the petitioner had raised an issue that the 2015 SLA was void or that the respondent had abused the dominant position and those issues could be decided only by the CCI, it would not preclude the arbitral tribunal from deciding the monetary claims made before it which were not within the jurisdiction of the CCI.