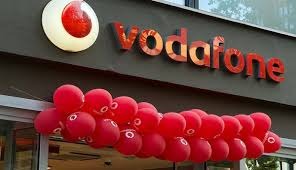 British telcom Vodafone Group Plc won a decade-long battle against the Indian tax department’s demand of 20,000 crore of Indian Rupee, stemming from its entry into the country in 2007. In an order passed on Friday, the Permanent Court of Arbitration in the Netherlands found merit in the telecom operator’s arguments and directed the Indian government to cease the tax demand, interest and penalty against the company. Any failure to comply with these directions will engage the government’s international responsibility, the Permanent Court of Arbitration held. The victory in the Permanent Court of Arbitration in The Hague may finally signal an end to the retrospective tax amendment case that had become a symbol of the country’s aggressive tax collection methods, experts said. The Vodafone Idea stock rose 13.6% to close at 10.36 of Indian Rupee on the BSE.

The tribunal ruled that the Indian tax department was in breach of “guarantee of fair and equitable treatment” of the terms laid out in the India-Netherlands bilateral investment treaty (BIT), said one of the persons. The tribunal ruled that Vodafone was entitled to protection under this guarantee, they said. The government should ensure that such breaches of the international treaty should cease, the court said, according to them. The government changed the rules in 2012 after being thwarted by the Supreme Court, allowing the tax to be levied on Vodafone with retrospective effect.

Vodafone had acquired a controlling stake in Hutchison Essar in 2007 through a purchase that took place overseas in a deal valued at $11.2 billion. India’s tax department said Vodafone should have withheld tax on the deal and issued a notice seeking 11,218 crore of Indian Rupee, later augmented by 7,900 crore of Indian Rupee in penalties. The tribunal also directed India to reimburse £4.3 million. As per early estimates, the government’s total liability is about 85 crore of Indian Rupee, said persons with knowledge of the matter. It may have to refund the 45 crore of Indian Rupee already collected toward the tax levy and 4.3 million Euro, which is 60% of the tribunal’s administrative cost. The remaining 40% of the cost will be borne by Vodafone.

Vodafone confirms that the investment treaty tribunal found in Vodafone’s favour. This was a unanimous decision, including India’s appointed arbitrator Rodrigo Oreamuno. The tribunal held that any attempt by India to enforce the tax demand would be a violation of India’s international law obligations.”