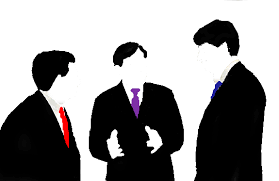 The Group of companies’ doctrine in arbitration law is based on the principles of agency and implied consent. According to this doctrine if the corporate affiliations among various legal entities imply that they were intended to be parties to the agreement, then in those cases they shall be considered to be parties to the arbitration despite their non-signatory status[1]. However, it is pertinent to note that to bind the non-signatories to the arbitration clause, it must be shown that the non-signatory company is an active participant in the contractual relationship.[2]

In the Indian context, this doctrine was first enforced in the case of Chloro Controls India Pvt. Ltd v. Severn Trent Purification Inc[3]. Here the apex court held that where the agreements are inter-connected and several parties are involved in the execution of a single project through various agreements then all of them can be made the parties to the arbitration. The court held that Section 45 of the Arbitration and Conciliation Act, 1996 also includes multiple and multi-party agreements under the expression “person claiming through or under”.

Post Chloro Controls Case, the apex court in the case of Cheran Properties Ltd v. Kasturi and Sons Ltd and Ors held that non-signatory organizations can also be made parties to the arbitration. In order to determine if the non-signatories are bound by the doctrine, the relationship of the signatory and the non-signatory doctrine must be determined, the commonality of the subject matter must be ascertained and the composite nature of the transaction must also be checked. The court further observed that the intention must also be considered. It must be seen whether the party who was not a formal signatory but has assumed the responsibility to be bound, by the conduct of the signatory. However, the court held that a non-signatory can be bound by a contract and be subject to arbitration without their consent only in exceptional cases.

Here the Supreme Court observed the non-signatory can also be a party to the arbitration if the parties’ conduct exhibits their mutual intention to bind the signatory and non-signatory.  Furthermore, the Supreme Court also reiterate the three factors which were also laid down in Cheran Properties’ case. Thus after taking into account the facts, the Court held that CAFINA was bound by the arbitration agreement.

Thus the abovementioned case laws have played a significant role in shaping the doctrine of Group of Companies in India. From the aid of the aforementioned precedents, it can be said that the Doctrine of Group of Companies has been read under Section 45 of the Arbitration and Conciliation Act, 1996. However, this doctrine is to be used only in exceptional cases and after taking into account the three factors laid down in the Cheran Properties Case. Moreover, this doctrine cannot be used as a blanket rule and must be taken into account only after examining the facts and circumstances of the case. Furthermore, companies cannot be made parties to the arbitration merely because they are subsidiaries of the parent companies, it must be shown that there was an intention to bind the non-signatory party in the arbitration agreement in question.