BCCI WINS 850 CRORE OF INDIAN RUPEE IN ARBITRATION: FOR THE RECOVERY OF FACILITATION AMOUNT AGAINST WSG 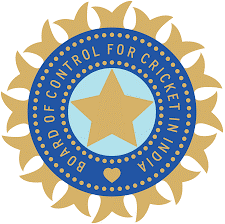 There are several pending litigations arising after former IPL commissioner Lalit Modi’s exit from BCCI. On Monday, July13, the BCCI settled controversial litigation from Lalit Modi’s reign and one such Arbitration with the  World Sports Group (WSG) brought positive outcome for BCCI. An arbitral tribunal consisting of Supreme Court justice (Retd) Mukunthakam Sharma, Sujatha Manoharan and SS Nijjar confirmed the closing of the IPL media right agreement for overseas territories with WSG by the BCCI, on June 28, 2010.

Raghu Raman who represented BCCI said that it has been proved that Lalit Modi in conspiracy with WSG officials and defrauded the BCCI. The BCCI had ended its agreement (overseas IPL media rights) with WSG in June28, 2010, over a dispute arising out of ₹425 crore-facilitation fee pay-out. WSG (Mauritius) that won IPL media rights in a famous 3 AM deal with Lalit Modi on 15 March 2009 and WSG was unable to find a broadcast partner. Then MSM (Sony) entered into a facilitation agreement (₹425 crores) with WSG (Mauritius) before they won the IPL media rights for the Indian sub-continent from BCCI.

During the proceeding, the defense counsel alleged the BCCI Counsel in the case relating to 2009 IPL media right and 300 crores of Indian rupee as a facilitation fee have been paid by MSM (Sony) to BCCI for the alleged involvement of Lalit Modi. As well as another recovery of 125 Crore Indian rupee from WSG. The decision will let the BCCI to appropriate the amount (with accrual interest) to the tune of 850 Crore rupees. “It was bitter battle and our stand was vindicated and the committee agreed a fraud was committed by Lalit Modi” said Rafique dada, who represented the BCCI said. Raman further said that BCCI had raised a complaint in 2010 to Chennai police and now a tribunal has held that it is a fraud conducted by Lalit Modi and some official.